Max (Jason Bateman) and Annie’s (Rachel McAdams) weekly game night gets thrown for a loop when Max’s brother, Brooks (Kyle Chandler) has a murder mystery party. Other competitors simply think it’s a part of the game when Brooks is kidnapped. However, they are quite wrong. As each of the couples begins working out the mystery, they soon realize that this is far from a game and that Brooks is far from who he claims to be. With each other’s help, they search to help save Brooks. In their journey, the twists and turns are abundant.

Game Night is light hearted and funny, with some great twists. The early parts of the plot are simple and predictable. Once Brooks states that he’s going to have his murder mystery party, you know it’s going to go off the rails and someone is going to get fucked up. That’s exactly what happened. However, there are some additional twists and turns that we were not expecting. You’re never quite in suspense, but it’s a pleasant surprise to a movie that would typically fall into that simple, uninteresting storyline.

Main characters Max and Annie, Jason Bateman and Rachel McAdams respectively, carry the movie. We think Jason Bateman is highly overlooked. His subtle delivery of smart ass remarks has us laughing every time. There’s something about his demeanor and delivery that just lets you know he’s fed up with your shit. McAdams had some funny parts and her acting was top notch. A surprise character that maybe had some of the funniest moments was Gary, portrayed by Jesse Plemons. Want to talk about awkward? Plemons perfects walking that fine line of making you feel super weird, but pity for him. You find yourself anticipating that he’ll do some funny and ridiculous thing each time he appears on screen. 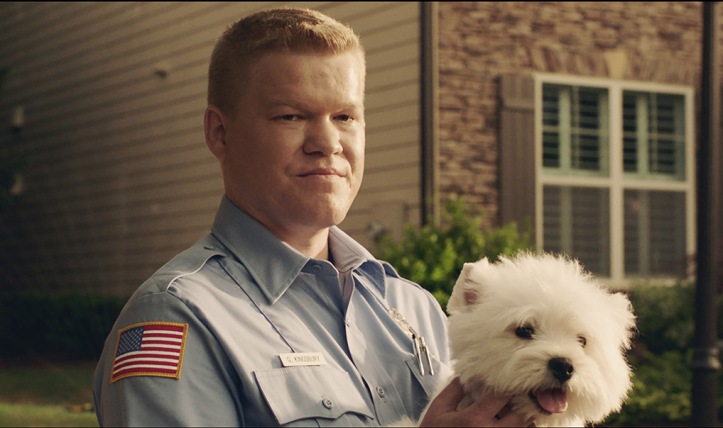 There were some actors that weren’t so great. It’s not that they were unbearable to watch, but there were times were things were forced. Ryan, portrayed by Billy Magnussen, was the character who always just said something short and stupid for cheap laughs. For example, everyone saying no as he proclaims, “Yes!” Kevin, played by Lamorne Morris, was slightly better. Again, parts were forced. Neither character had such an impact to ruin the movie, but they definitely didn’t make it better.

Visually, the movie was simple. There was nothing extraordinary or even slightly above ordinary in the movie. Plemons’ Gary character had a goofy and unsettling look. Chelsea Peretti makes an appearance as Glenda where she shows off her frightening make up skills. Outside of that, it was just your average movie.

Game Night isn’t going to win any awards, but it will make you laugh. It’s fun and light hearted throughout. McAdams and Bateman’s chemistry is fun to watch and carries the rest of the cast through the movie, with some help from Plemons’ weirdness. A nice movie to watch when nothing else is on.

Here at ‘J Shot or Not?’ we provide honest takes on all things movies. We are devoted to constantly uploading new material in a less formidable way. Reviews, news and commentaries on a variety of movies and topics! Please enjoy and read responsibly!

Check us out on Social Media!